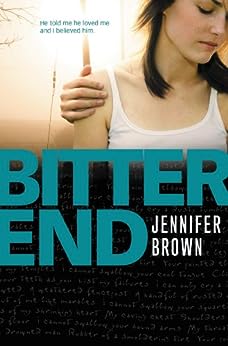 This book was really good. I read it in one day; I couldn’t put it down!

Alex is a senior and has been planning a trip to Colorado since she was eight with her best friends, Bethany and Zack. She wants to go because her mother died in a car crash on her way there. Alex and her friends are going to go at the end of graduation as a present to themselves.

Alex is tutoring Zack one day when the supervisor tells her she has a new student. His name is Cole, and he just transferred from a different school with many athletic badges on his jacket. He makes friends with Alex right away and eventually asks her out. Cole treats her like a queen and is gentle with her. He is so sweet and seems like he genuinely loves who she really is.

But Cole has a problem with Alex’s relationship with Zack, saying that he just wants to be with Alex and always has his hands all over her. She keeps saying that they’re just friends and that she wants Cole, not Zack. Cole eventually takes Alex to a merry go round and ignores her protests as he spins her faster and faster until she is scared. When she gets off, he calls her whiny. But all her anger drain away when he says three words; “I love you.”

Alex’s relationship with Cole starts going down hill as soon as he shoves her. He gets jealous and angry and hurts her wrist badly. Cole says he’s sorry over and over again and puts roses in her car to make it up to her. She forgives him and she thinks it is a one time thing. But it’s not. He hits her this time, and she stays home from school to hide until the bruises fade a little more. The process repeats and she forgives him again. But the next time is the shocker. Cole shoves Alex down into a ditch where she goes rolling into a tree. At the party they were planning on going to, Cole gets drunk and leaves the party without taking her home. She gets home and tries to sleep. But she is awakened by Cole’s drunk voice. He is shouting at Zack who won’t let Cole inside to see Alex. Zack is almost arrested for beating Cole up.

Will Alex choose herself over love?

I liked this book. Abusive relationships are a big issue that are hardly talked about. I loved how this book appealed to the love side, and how Alex couldn’t let go of her abusive boyfriend because she loved him. I loved the ending, how she was still broken, but healing.

Drug/Alcohol Content; reference to alcohol with Cole at a party

I hope you enjoyed this book review! Keep reading and refer this site to people you think would enjoy it as well.

Hello! I'm a teenager who loves to read, write, and inspire. My dream is to write something that will inspire people all over the world. Thank you so much for reading and supporting me!! View all posts by Adrienne Parker